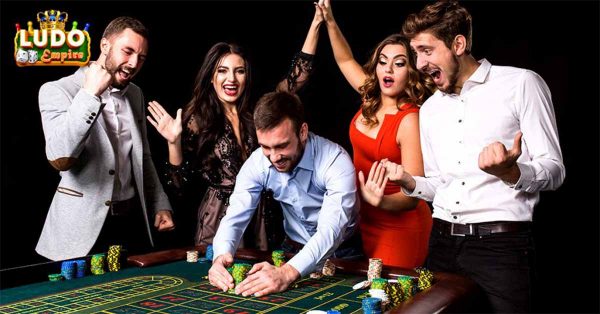 Games of skills are one of India’s flourishing sectors, within the gaming industry. We Indians have a long history of engaging in numerous indoor games, which even includes gambling. Instead of chance, game of skill is dependent mostly on a player’s mental or physical degree of proficiency. Skill-based games allow participants to test their ability in the sport. These games encourage players to become familiar with a set of rules while also looking for methods to improve and adopt new techniques through repeated practice. It is a myth that games of skills do not include a chance element; in fact, they do to some extent. Individual skills, on the other hand, determine the success rate.

On the other hand, Games of chance are those that rely purely on luck, rather than ability. The majority of them are bet-on games. A gamble is any game of chance that involves money.

Games of chance are in sharp contrast to games of skill. For instance, the outcome of a tennis match is determined by the ability to win a game.

Let’s be clear and honest here. Interpreting India’s gaming laws are difficult as they it is highly open-ended in nature. The fundamental cause is that the regulating rules, were enacted before India’s independence. In India, gambling rules are traditionally overseen by the Public Gaming Act of 1867, enacted by the central government.

Betting and gambling are a part of Entry 34 of the State List. After India’s independence, the Constitution came into effect in 1950. In layman’s terms, this means that state governments in India have the power to draft betting and gaming legislation. However, today when we speak of gambling, we understand it in the traditional sense as well as the modern sense which includes physical and online gambling. However, most states enacted separate legislation after independence by amending the central act. People in India are now more than just fascinated by technology and high-tech gadgets. They play online casinos in India at a lower cost than they would at a real casino. Thank goodness for the internet!

To put it another way, this simply means that individual state government has complete authority over betting and gaming in their jurisdiction. They can also create state-specific legislation.

The number of Indian states that have prohibited internet gambling has recently increased to three, with more likely to follow. The Indian state of Tamil Nadu, Karnataka and Kerala have passed an act prohibiting online gambling, which includes popular games like poker and rummy.

Real money games of skills are making a huge difference. Apart from pursuing the typical professions, today’s youngsters are also into out-of-the-box gaming opportunities. As a result, several online courses, such as poker schools and a few other rummy playing courses are available for young aspirants, giving game enthusiasts with a career path that is comparable to regular occupations.

Real money games such as ludo online game appeal to everyone. Poker and rummy are two of the most popular online games of skill among Indian players. The firms hosting these card games tempt people with enormous financial awards as the number of participants on these platforms grow. As a result, gamers now have a better possibility of winning money and earning a living.

Ludo Empire has transformed the way we play the favorite board game of our childhood by introducing a unique ‘Fair Play’ policy that guarantees the same set of numbers to both the competing players after 5 initial randomized throws of the dice. This way, Mritunjay, and co, at Fabzen have upgraded Ludo into a skill-based game, where live gamers can actually plan their moves strategically to win real money online. We at Fabzen Technologies have revolutionized real money mobile games by carving out our own sweet spot, a niche for ourselves in the real-money gaming arena by incorporating elements of skill in all our gameplay, which is a gameplay feature seriously lacking in the Indian real money gaming landscape.

We at Fabzen are a coming together of innovative game developers, creative design heads, and IT experts who are on a mission to craft some of the most beautiful and captivating real-time, real-money gaming experiences for all of humanity. And, of course, all of us at Fabzen are hardcore gamers at our core. After witnessing the overwhelming success of Ludo Empire with over 35 lakh registered users, and thousands of live players playing 24/7, we have recently come up with a brand-new, highly immersive real-money Callbreak game – Callbreak Empire.

And, this is just the beginning! We have a very happening schedule for the immediate future as our game developers are on the brink of coming up with 20 more equally engaging real-money games, which includes Quiz Empire – a comprehensive online trivia platform to earn real money, Cricket Empire – a fresh approach in creating the dream team to earn cash, and many more.

For the long haul, we at Fabzen envision ourselves to be a global player in the real money gaming arena. Our sole purpose is to make the world a fun place to live through beautifully crafted real-money games that always give a fruitful experience to all gamers.

Real money gaming is a growing segment in India, which occupies a unique position in the fortress of online gaming. The real-money gaming industry includes games such as rummy, poker, trivia, fantasy leagues, and much more.

The real money gaming industry is a 150 billion strong sector. It is expected to grow at a rate of 30%. In less than a decade since its establishment, there are more than 100 companies offering real money games in this sector. Online rummy operators lead the rankings, followed by online poker and fantasy league companies.

Forecasting the growth rate of this segment of the Indian gaming industry, Landers said, “Smartphone gaming is one of the biggest contributors to the online technology-based gaming industry for real money. By 2025, the industry’s gross gaming revenue (GGR) is projected to reach 1 billion Dollars (about 7.1 billion rupees) will be easily reached. Also, the    active monthly player pool in online mode is about 25 million. However, only about 10% of this pool consists of actively paying and investing players.”

According to one growth forecast, the online real money gaming industry can grow 3.5 times in about five years, maintaining a compound annual growth rate (CAGR) of 35%. Among the many factors, the availability of decent hardware along with cheap data are the most obvious ones.

It is this industry that AIGF seeks to regulate to establish uniform rules and recommendations for all players and operators.

Online real money gaming and fantasy sports betting also grew significantly during the COVID-19 pandemic. This is because the traditional gambling sites around the country closed down to limit the spread of the virus. Hence, to meet the gambling needs of most casino players and gamers, real money gaming i.e., online casino games and fantasy sports surged. This crossroads has significantly increased the user base of popular gambling sites. An increase of about 25% has occurred across major online casinos and by over 38% when it comes to playing poker.

There are innumerable opportunities to contribute to this significant growth and expand one’s base through real money gaming. This includes huge marketing costs and a focus on making players feel comfortable in the gaming ecosystem. Currently, the number of users in this sector is growing at a rate of 50% annually. The aspiration and passion for real money gaming is driving many innovations in this sector. In the future, technologies such as virtual reality, augmented reality, and artificial intelligence is ready to shape up these real money games to give gamers a more immersive gaming experience.

Real-money games like online ludo and many other multiplayer games have evolved significantly in uplifting the reach and creating a collective base for the players. For instance, a game of poker was never accepted by the Indian consumers as much as it is now. Today, a large section of youngsters do not mind trying a hand at poker. Real-money games of skills is one of the emerging sectors of the Indian economy, and it is pointless to have any apprehensions towards it. We Indians have a pretty long history of playing various home games including gambling. Culturally and sentimentally speaking, gambling’s  viewed as a vice in Indian society and branded as unethical or immoral.

In recent years, gambling and gaming are increasingly moving to “online” or “digital” routes, and in many ways, converging with each other. However, there is a serious dilemma associated with the growing “side effects” in gaming and gambling. People cannot distinguish online skill-based games from gambling.

Therefore, they began to use the two terms gaming and gambling interchangeably. This is quite problematic!  Many industry experts say that  real money games of all kinds should be  entirely stopped because they are a bit like online gambling!

Are apples and oranges the same!

In my opinion, comparing skill-based real money gaming with gambling-which requires only luck, is corresponding to pronouncing that apples and oranges are the same! It makes no sense. But why do I say so? First and foremost, in skill-based gaming, the vital aspect that any gamer might need to grasp will be the skills, techniques, and intensity, understanding of the precise sport he/she is playing. Secondly, the inducement of game enthusiasts regardless of whether he/she is a novice or a pro — is to play a sport or input right into a gaming match for the fun part. The gaming atmosphere prospers on huge passion, engagement, and vibrancy, more than anything else.

A Quick to get rich

To get rich quickly anyone would go for any gambling sites for their need of money or greed. Furthermore, a certain amount of money is required to start gambling, so he/she will deposit it in some cases.

Basically in India wagers on a monetary basis are placed usually on online card games like teen Patti and poker. Therefore, taking part or playing these games which require money does not mean that person is a gambler.

A distinction should be made between a game which requires only “chance” and a game that requires true “skills”-given the present-day situations in India, in some states betting money on a game of chance is considered to be completely illegal. However, in many places or even in the court of law wagers placed on a game of chance is in fact, legal and can be legally defended in the court of law.

A game of “skill” is considered to be determined by how the player plays it by using his or her skills and knowledge and how he put it to use to succeed. Whereas, in a game of “chance” everything depends on the LUCK factor. Winners too are determined randomly whether you are playing via technology or manually.

In real-money games, cash rewards are paid in exchange for a player’s skill rather than from luck. These kinds of games are legal in most countries of the world, even in countries where online gambling is completely banned. We often confuse skilled-based games with games of chance, but for the sake of brevity and simplicity, it’s important to understand the difference between the two, especially if you are new to playing online.

The future of skill-based games is bright. As the world becomes fully mobile, the cash gaming industry is poised to respond by releasing great games for smartphones and tablets that offer the same features as web games a few years ago. As long as the legal field remains stable, people around the world should continue to have access to real-money games for years to come, despite opposition to something like Daily Fantasy Sports.